Rejection is a powerful feeling and one we have all experienced in one form or another but I have to say that I was dumbfounded when I received a Dear John letter from Delta Airlines at the beginning of 2012. Like most rejection letters, it started off with such a polite tone I thought it was going to be good news but it turned ugly in short order and by the end, it seemed as though they were trying to make me feel like some sort of master criminal. And it seems my offense was nothing more than accruing miles for the full fare tickets purchased for my cello.

One of the realities of a career as a cello soloist is lots of flying and since trusting airlines with a multi-million dollar instrument as checked baggage is enough to trigger a fight-or-flight response, cellists have to suck it up and simply buy a second ticket for the instrument. After all, it’s not as though you can simply borrow the local Stradivari or Montagnana! Over the course of my entire career, I’ve been building miles under the cello’s account and in turn, those miles help reduce the costs of flights for the cello in future trips.

All of this helps keep my fees under control and ultimately passes along lower ticket prices to those buying concert tickets.

I have to admit part of me sees the irony for being punished by an airline for innocently buying two full fare tickets for each trip, but to have them administer corporate justice 11 years after the fact is just plain mean; not only did Delta cancel my account but it summarily gobbled up all of the associated miles and placed a permanent ban on my ever rejoining their miles program. Just take a look at the letter:

Well, I suppose one does have to track down and apprehend the criminally inclined, even if it’s only the potential of wrongdoing. I assume that Delta’s long delay in contacting my travel agent (who never received any warning in 2001) and getting around to administering punishment is because of so many other, perhaps more untoward infringements, deserved accelerated investigation.

I can only imagine the terrible problems that rise to the level of investigation with passengers stealing toilet paper, pilfering multiple copies of the Skymall brochures, or children sneaking an extra can of soda when the flight attendant isn’t looking.

It certainly wouldn’t have more to do with airlines making money by selling customer’s miles, could it?

Given all of the extra work airlines incur for tracking down criminally minded cellists, I can understand why a zealous leadership is always watching out for criminal acts with an eye toward reducing the financial burden of running an airline. I can see the motivational office posters now: “They must be stopped” or “Only You Can Prevent Cello Miles Theft.”

I feel relieved that I had not used any of my Delta Miles for personal reasons; goodness knows what complications there would be in rewinding vacation trips, upgrades, etc. Fortunately, I never used Mr. Cello’s miles for anyone except Mr. Cello!

I am lucky, I guess. I breathe a sigh of relief. But I am sorry and perplexed that airlines like Delta are willing to turn down the opportunity to maintain long time customers and income (my career has been in full swing for more than 40 years!) for nothing more than the ability to make a quick one-off buck now by selling my miles. Oh well, to each their own.
When all is said and done there are other airlines that do recognize that paying for a full fare seat to transport a cello deserves to accumulate mileage. To all of those airlines, and you know who you are, I say thank you and you can expect me and Mr. Cello to continue to be a loyal customers for years to come. 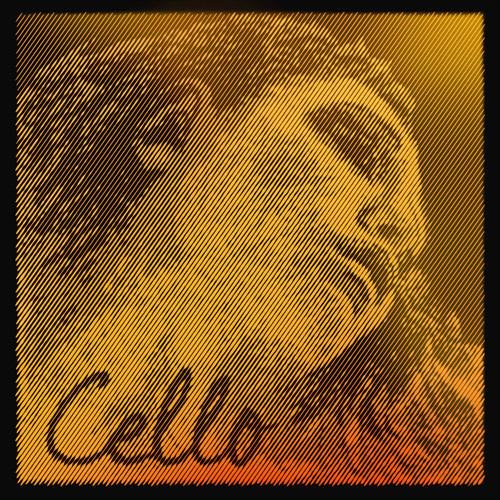